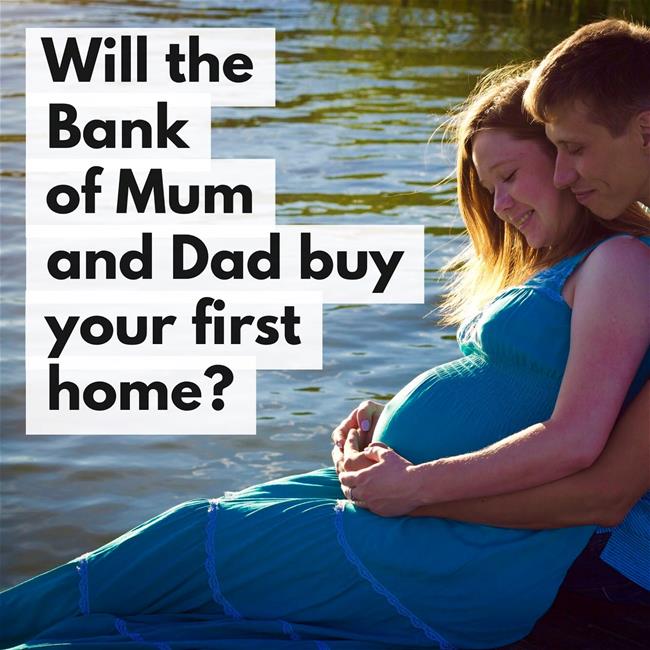 My analysis has shown that up to the end of the last quarter, Liverpool first time buyers purchased 2,294 Liverpool properties.  With wages rising at 2.8%, unemployment at a low rate of 4.2% (down from 4.6% from a year earlier and the joint lowest since 1975), national GDP rising at 1.87% and inflation at 2.3%, tied in with indifferent house price growth (compared to a few years ago), this has given first time buyers a chance to get a foot hold on the Liverpool property market.

Over the last year, the average purchase price of a Liverpool first time buyer property has been £100,300 and the average deposit was £16,249. Furthermore, my calculations show the average Liverpool parents contributed £7,109 of that £16,249 figure.

You see “The Bank of Mum and Dad (Liverpool Branch)” is for countless Liverpool twenty something’s, perceived to be the only way they will ever be able to afford their first home. In fact, Liverpool parents put up a substantial £16.307m in the last 12 months to help their nearest and dearest progeny onto the property ladder. This assistance towards the deposit makes a huge difference, enabling Liverpool youngsters who thought they couldn’t get on the housing ladder more able to do so.

With mortgage rates at all-time lows, few Liverpool twenty something’s would struggle to make mortgage repayments, but it is the requirement of the deposit which is the issue, although as parents (and grandparents) are helping out where they can, it does little to address the real problems of the housing market, whether for people renting or buying their first home.

If you think about it, as a Country we have been fortunate that the older generation who control the biggest share of the nation’s wealth are so plentiful to those following after. We need to remember, though, that this generosity is a sign of the issues of the British housing shortage, not its solution.

But before I leave this article … note I used the word PERCEIVED in a previous paragraph. Yes, the average first time buyer deposit is 16.1%, but that is an average. Did you know 95% mortgages returned to first time buyers in late 2009 and have been available ever since? Also, lenders like Barclays and many local Building Society’s now offer 100% mortgages (i.e. no deposit) at 2.75% fixed for three years.

Over the last decade, many renters have upgraded themselves into homes that they (or any generation before them) could never have ever afforded as a first time buyer in the past. You see the British housing market started to change with the dawn of the new Millennium and I am seeing a slow but steady attitude change when it comes to renting. Those tenants have found the price difference of upgrading from the typical 1970’s TV show Rigsby “Rising Damp” style rental property to plush terraced house or even semi-detached home, with all the mod cons, comparatively inexpensive (when compared to the increase in mortgage payments if they had to make the move as buyers).

Renting isn’t seen as the poor man’s choice, as many young (and increasing older) people are becoming more at ease and comfortable with the flexibility offered by private renting a property rather than jumping ‘lemming like’ into home ownership. Liverpool landlords will continue to see growth in sector, and like Germany, todays renters will become homeowners in 20 years’ time – when they will inherit the wealth of their parent’s home.