The end of superstrike as new law overturns controversial judgement 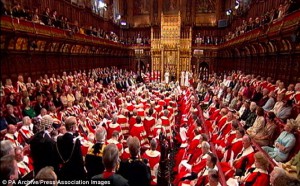 Last week the Deregulation Bill, containing important changes for landlords, was signed into law. One of the key components clarifies the deposit protection legislation around deposits taken before April 6th 2007.

The controversial judgement in the notorious Superstrike case has now been overturned by law. It means that  prescribed information no longer has to be re-served on every renewal. This and other changes to do with deposits come into force immediately.

This means the clock is now ticking towards the deadline by which they must protect a deposit taken on older tenancies.

The deadline is June 23 and relates to deposits taken before April 6, 2007.

Failure to protect such deposits by June 23 could mean penalties and the inability to use a Section 21 notice to gain possession of the property.

For deposits taken on or after April 6, 2007, and properly protected, the new law says it will be enough to have served the prescribed information once. It would only need to be re-served if the deposit were moved to a different protection scheme.

The prescribed information rules have also been changed, allowing for agents’ details rather than landlords’ information to be given where it is the agent dealing with the deposit.

The Tenancy Deposit Scheme which we are members have welcomed the new Deregulation Act, which has now received Royal Assent.

It said that it brings important clarification to deposit protection law.

The major change is the confirmation that landlords – or their agents – no longer have to serve new prescribed information every time a tenancy renews, either as a statutory periodic or as a new fixed term tenancy.

New protection and prescribed information on a protected deposit is only required when there is a change in tenant, landlord, premises, or deposit protection scheme.

The decision by the Court of Appeal in Superstrike v Rodrigues that a statutory periodic tenancy is a ‘new’ tenancy brought with it the implication that new protection and prescribed information was required even where the circumstances remained the same.

The Act now means that landlords who took a deposit before April 6, 2007 (the date the Housing Act came into force) on a tenancy which became periodic after that date, have 90 days to protect the deposit if they have not already done so (by June 23, 2015).

When this grace period ends, landlords who have not protected the deposit could face the penalty of between one and three times the value of the deposit and will not be able to use a Section 21 notice to gain possession of the property.

If the tenancy became periodic before 6 April 2007 the landlord is not obliged to protect the deposit but will be blocked from regaining possession of the property using a section 21 notice if it is not protected with a scheme such as TDS.

Steve Harriott, CEO of TDS said: “We fully welcome the Deregulation Act. TDS were in full agreement with the government and industry bodies that the implications of Superstrike v Rodrigues had to be addressed by legislation and we are pleased that the Government has brought forward these proposals in the Act to simplify the process of deposit protection.

“We will be working in the coming weeks to raise awareness amongst landlords that all deposits should now be protected, even if they were taken before the Housing Act came into force.

“There will be landlords unknowingly in breach of the law in three months’ time, and we strongly urge all landlords to find out what the Deregulation Act means for them.

“We will be issuing detailed briefing to members very shortly.”

ARLA whom we are members have also welcomed the new Act.

Managing director David Cox said it had been “a very difficult time since the Superstrike case for landlords and letting agents”.

He said: “ARLA is very pleased that the Government has seen sense to overturn the judgment that went against the spirit of the original tenancy deposit protection provisions.

“This will alleviate the plight of landlords and agents who have fallen victim to unscrupulous and vexatious claims, when they had done nothing more than to comply with the law as it was at the time.

“Moreover, ARLA is pleased that these provisions are being enacted on Royal Assent, providing landlords and agents with immediate protection.”