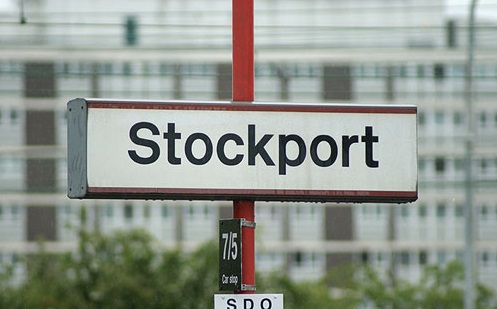 I was having an interesting chat with a gentleman the other day at our office on Bramhall Lane about the local property market, as he was concerned his daughter would never be able to buy her own property, a place in Stockport that she herself can call home.

My latest analysis, using the Land Registry and Office of National Statistics, shows that last month, Stockport property values decreased slightly by 0.4%. However, the year on year figures showed the value of residential property in Stockport has increased by 3.7% in the year to the end March 2016, taking the average value of a property in the council area to £162,139.

It gets even more interesting when we look at the last few months’ figures and see the patterns that seem to be emerging.

We have talked in many recent articles about the lack of properties being built in Stockport over the last 30 years. This lack of new building has been the biggest factor that has contributed to Stockport property values still being 276.18% higher than in 1995. At the risk of repeating myself, until the Government addresses this issue, and allows more properties to be built, things will continue to get worse as the UK population grows at just under 500,000 people a year (which is a combination of around 226,000 people because of higher birth rates/people living longer and 259,000 net migration) whilst the country is only building 152,400 properties a year – no wonder demand is outstripping supply.

Another reason intensifying the current level of property values in Stockport, is the fact that people aren’t moving home as much as they used to, meaning fewer properties are coming onto the market for sale, so in consequence, there is a lack of choice of property to buy, meaning people thinking of moving are discouraged from putting their property on the market ... thus perpetuating the problem, as the scarcity of possible properties to buy in order to move also deters people from offering their home for sale. This unevenness between demand from would-be purchasers and the number of properties coming on to the market for sale is causing pressures in Stockport (and the rest of the UK).

So what of the future of the Stockport property market and this man’s daughter? I firmly believe the property market in Stockport and the country as a whole is changing its attitude about homeownership. Back in the 1960’s, 70’s, 80’s and 90’s, getting on the property ladder was everything. Since the late 1990’s, we as a country (in particular, the young) have slowly started to change our attitude to homeownership. We are moving to a more European model, where people choose to rent in their 20’s and 30’s (meaning they can move freely and not be tied to a property), then inherit money in their 50’s when their property owning parents pass away, allowing them to buy property themselves ... just like they do in Germany and other sophisticated and mature European counties, meaning his daughter will end up owning property, just later in life than we did. So, whatever the vote on the 23rd of June, if you think about it, we might be more European than we think