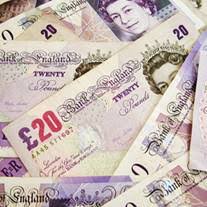 The Government plans to cut Housing Benefit have been receiving their fair share of attention by the media recently.  Whilst I applaud any scrutiny of Housing Benefit, I find it difficult to watch or read the latest news stories which are only concentrating on the extreme cases and not the fundamental problems with Housing Benefit.

The recent spat between Boris and the Government has only moved the story further away from the real issues.  Boris is prone to the usual gaff and mostly these are a source of amusement, but the recent drivel I found insulting.  To argue that a cap of £400 per week in Housing Benefit would result in  'cleansing' is insulting to those that have undergone such regimes, it was entirely the wrong choice of language.  But let us use the more appropriate term of 'social engineering', for this is also a flawed.

I was employed in London for many years, and even as a higher-rate tax payer, many areas of London were unaffordable to me.  This came as no great surprise to me as there are always areas that are more expensive to live than others in a capitalist system - in fact it is a natural consequence of such a system.  I survived quite well in the cheaper areas of East London.   I would naturally expect that such areas would be suitable for Housing Benefit tenants also.  I was shocked to find that rents in excess of £20,000 per annum were being paid to Housing Benefit tenants to live in Mayfair or other expensive areas within London.  Given that the average working family could not afford such areas, why is acceptable that Housing Benefit tenants enjoy this priledge?  Whatever your views on the last point, it cannot be argued that it is 'social engineering' to cap Housing Benefit such that the most expensive areas of London will no longer be affordable to those on Housing Benefit, in fact the opposite is true.  'Social engineering' is required to provide a Housing Benefit tenant the means to live in a area they could never themselves afford, or for that matter the average working family could never afford, (hence the requirement to engineer such a situation).

The natural situation is of course that Housing Benefit tenants should live in areas of London where the average working family can afford.  Thereby, when Housing Benefit tenants no long require benefits and are back in employment, they can actually afford the rent required to house themselves in the area and property in which they live.  The result of 'Social Engineering' tenants to live in areas they could not normally afford, results in a pressure to remain on Housing Benefit as they could not afford to rent such a property if they were to move off benefits and take up suitable employment.

However, this concentration on just one of the problems with the Housing Benefit system I find jarring.  The proposals to reduce LHA (Local Housing Allowance) in affordable areas of the country is far more troubling.  The Government must realise that if they need the PRS (Private Rental Sector) to assist in housing those people on benefits (and surely this will be required due to capital reductions in building programmes), landlords must receive at least a market rent for their property in areas where affordable housing is available in the PRS, otherwise there will be no incentive for Landlords to invest in property and to make available for Housing Benefit tenants.

Of course the actual amount of rent isn't necessarily the biggest problem.  LHA in the areas PAD4U operate is (currently) in the region of acceptable market rent.  The problems with Housing Benefit are: rent is being paid the tenant (which is an unacceptable liberty with tax payers money), rent is paid in 8 weeks of arrears, rent is sporadically stopped and started without the landlord's knowledge, poor administration and communication within Housing Benefit departments, etc.  It is for these reasons that many landlords refuse to accept Housing Benefit tenants unless absoutely necessary.  This serves nobody least of all those waiting for housing that are unable to find suitable accommodation - this isn't acceptable.