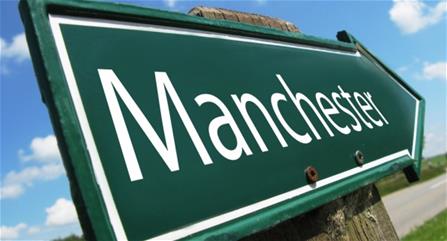 As the words of Morrissey indicate; “oh Manchester, so much to answer for”, there is no denying that the cultural impact of Manchester has been a large one. However, there is also a great deal of interest in the historical aspects of Manchester. If you are looking to explore the history of the city, there are a number of key areas you should look towards.

Castlefield is an integral part of Manchester’s history

As the site of Mamucium, the Roman Settlement, there is a natural level of excitement and awareness in this part of the city with respect to historical interest. The area has been recognised as Castlefield since the medieval era and the wall of the area, standing at over two metres in some places, has sections that date back to the 16th century.

One reason this area is of significant importance is due to it being the heart of the canal network in and around Manchester. The Castlefield Basin connects to the Bridgewater and Rochdale canals with the Bridgewater Canal being the first cut canal in the country.

People looking for more insight about the historical importance of this area should visit the Museum of Science and Industry. A key attraction is the Liverpool Road Station, which was the first ever passenger railway station in the entire world. It was transformed in the 1990s and has become a highly regarded urban heritage site. This area is also of considerable interest for wildlife lovers as it is the only place to see wildlife in the heart of Manchester.

The University of Manchester has created history many times

Another location of historical importance is Manchester Cathedral. Located close to Victoria Station, there is a Visitors Centre that tells the story of the widest cathedral in the country.

Anyone looking to see a symbol of the wealth, growth and development inspired by the Industrial Revolution should visit Manchester Town Hall. Tours are on offer and if the state rooms are not in use, they are open to the public. The building has become a permanent feature on a wide range of TV shows, making it a familiar site to people who haven’t even been to Manchester.

Of interest to many people will be the John Rylands Library, located on Deansgate. This venue hosts the “Manchester Fragment”, which is recognised as being the oldest surviving fragment of the New Testament. This has been dated back to the 2nd Century, close to the time when the Gospel itself was written. It is possible to book a lunchtime tour of the venue. Another religious place of historical interest in Manchester is St Ann’s Church, which is located on St Ann’s Square.

While Manchester is a vibrant and modern city with so much to offer in the present day, it is also a city with a strong past. Anyone looking to explore the historical side of Manchester will find plenty to like and love.